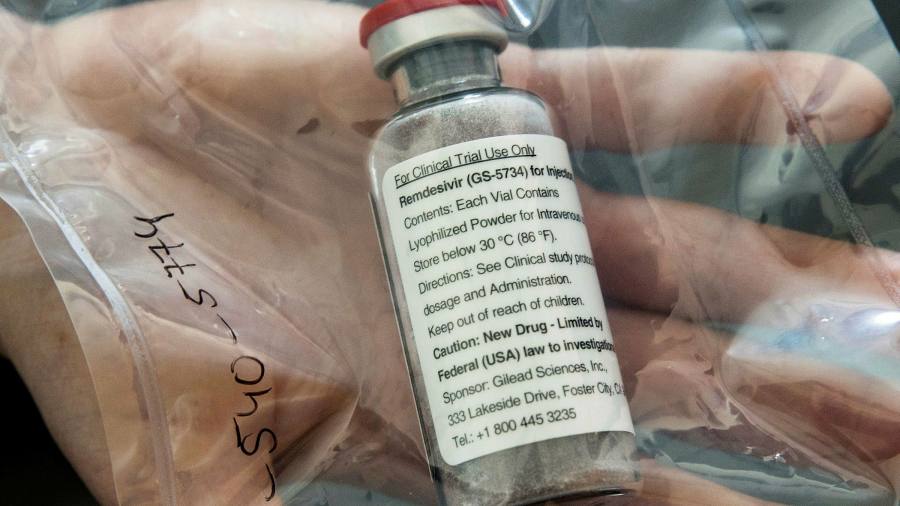 Gilead Sciences has said it will charge governments $2,340 for a course of remdesivir, a drug that has been shown to shorten recovery times in Covid-19 patients.

The US biotech group said government healthcare programmes in developed markets globally would be charged a flat fee of $390 per vial for the drug. A five-day treatment uses six vials.

Private insurers in the US would be charged $520 per vial, bringing the cost for a typical patient with commercial insurance to $3,120. The amount a patient would pay out of pocket would depend on their insurance policy.

The price of drugs in the US has placed pharmaceutical companies and biotechs under close scrutiny.

Gilead said it had priced the drug “well below” what it considered to be the value of the benefits it provides. A study by the National Institute of Allergy and Infectious Diseases (NIAID) found that remdesivir shortened the time to recovery by four days on average.

The New York-listed company claimed the shortened recovery would save hospitals about $12,000 per patient. Gilead said it had set the price point at a relative discount to allow “broad and equitable access at a time of urgent global need”.

It said it chose to charge governments a flat fee to “remove the need for country by country negotiations on price”.

The group added that it had reached an agreement with the US Department of Health and Human Services to manage the allocation of the treatment through the end of September while supplies are constrained.