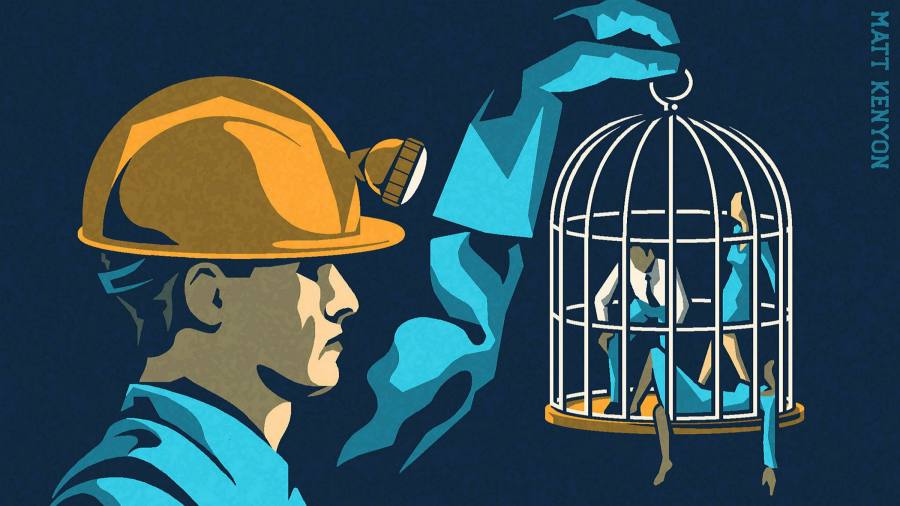 If you are looking to predict the shape of the US economic recovery — be it V, W, L or even K — don’t look at the markets. Look instead at the small- and medium-sized businesses that represent 50 per cent of employment in the country. They are the best economic indicator in America right now. They are also in trouble.

More than 70 per cent of them have been helped by emergency benefits since the start of the pandemic. But those benefits end this month — even as the typical small business only has enough cash reserves to cover two weeks of costs in lieu of any revenues. At the same time, the Paycheck Protection Program, or PPP, will return to its pre-Covid-19 levels by the end of July. That means that unemployment benefits will shrink to around 40 per cent of what they are now, with a major impact on consumer spending.

Assuming no other fiscal stimulus or aid, this combination will lead to a new wave of small business failures. I worry that some of my favourite local establishments will be among them. Down the street is a wonderful movie theatre-cum-restaurant-bar called the Nitehawk, which shut its doors in March. It has since taken to trying to raise money to support its staff via the sale of online gift certificates (to be redeemed in some optimistic future) and crowdfunding. When I checked a few days ago, they were still $13,000 short of their $40,000 goal. That may be because the neighbourhood is similarly funding numerous other local establishments, from bistros to nail salons. The signage outside the Nitehawk reads: “See you on the other side.” But will we?

Some recent figures make me feel pessimistic. A study last week by JPMorgan Chase of 1.3m SMEs shows that their cash balances plummeted by nearly 13 per cent before the Cares Act stimulus kicked in.

By mid-April, revenues for personal services firms — typically a single contractor working, say, as a locksmith, hairdresser or pet sitter — were down by 80 per cent. Such businesses are disproportionately owned by minority entrepreneurs, another reason why the pandemic is increasing inequality. By mid-June, almost half of US small business owners said they did not expect a return to normal operations over the next six months, according to a Credit Suisse survey.

Such companies — from health clubs to restaurants and retailers — employ about half the US workforce. They are not the sort of “strategic” or “high-growth” companies that policymakers and economists typically seek to encourage. But their pain “is a significant problem for the macroeconomy”, as Deutsche Bank Securities chief economist Torsten Slok told me — not least because they provide far more jobs than S&P 500 companies, which account for only 10 per cent of total US non-farm payrolls.

Many of those big firms are doing quite well, particularly the technology companies that account for an ever-bigger slice of corporate wealth than they did before the pandemic. Their share prices are soaring. But markets have nothing to do with reality at the moment. The liquidity unleashed by the US Federal Reserve has killed price discovery by backstopping every conceivable asset. Hertz’s stock price has risen even though it has declared bankruptcy. Between central bankers and teenage speculators on Robinhood, does anyone really believe that markets currently provide an accurate assessment of the economy?

This kind of disconnect can go on for some time. As economic historian Charles Kindleberger pointed out in his book on financial busts and booms, markets can stay wrong for a long time before correcting. How else to explain asset prices that currently assume a V-shaped recovery, even as we seem to be witnessing a second wave of infections in several US states? The IMF has also warned that the global economy faces an even deeper downturn than the Great Depression-like slump it already expected.

You don’t have to parse public health statistics or wonky analyst reports to get a sense of what the real economy in America looks like. Just walk down Main St. The numerous small businesses that have shuttered their doors represent two-thirds of the 20m jobs lost since the pandemic hit. Some former hotspots, like New York, are reopening gingerly. But the revenue projections of most small businesses aren’t anywhere close to normal.

A second wave of disease would certainly spark another round of firings and insolvencies. According to the New York Fed, only one in five small businesses can survive a two-month loss of income. Many small businesses are even cutting back on rehiring as they reopen. For the hardest-hit sectors, things may never return to normal. The Credit Suisse survey found that 17 per cent of hotels and restaurants believe their revenues will never return to pre-Covid-19 levels.

The knock-on effects of all this will be huge. Many small business are physical, not virtual. They aren’t designed for lockdown. They don’t have access to global capital. They are rooted in the communities they serve.
Their fortunes are not being flattered by central bank liquidity. Any investor that really wants to take the economic pulse of America just needs to talk to the owner of their local café, beauty parlour or movie theatre. They’ll get a very different reading there than from Wall Street.