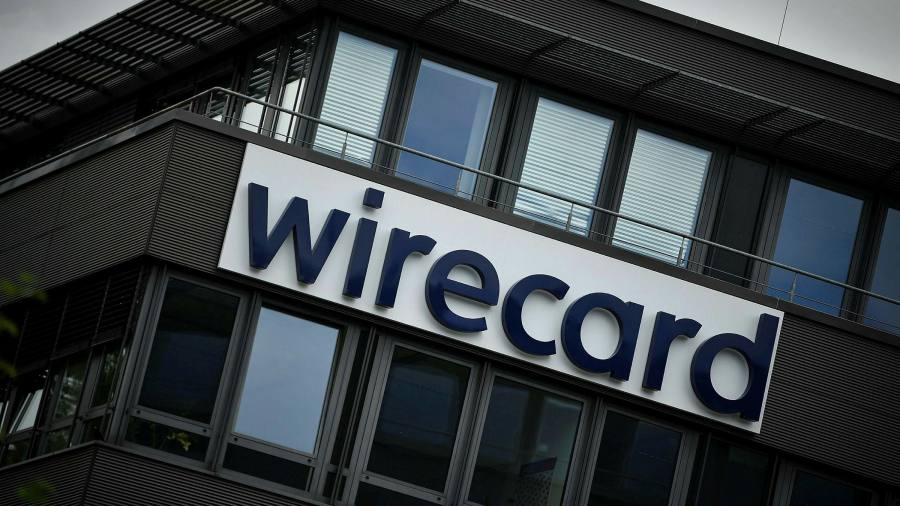 Philippine regulators said they are investigating the local partner businesses of Wirecard in a probe that may finally map out the full extent of the south-east Asian country’s exposure to one of Europe’s worst accounting scandals.

The investigation by the country’s National Bureau of Investigation and Anti-Money Laundering Council comes after the dramatic collapse of Wirecard, a German payments company long regarded as a European tech champion, dragged the Philippines into the scandal.

The entities were among those identified in an FT investigation last year that appeared, on paper at least, to do substantial business with the German payments processor. The company filed for insolvency on Thursday after revealing a multiyear accounting fraud.

“We have included [around five] business partners of Wirecard as persons and entities of interest,” said Mr Racela. “We also need to dig further in on the directors and officers of these business partners.”

The questions facing local authorities have multiplied following a chaotic week in which Wirecard admitted that €1.9bn supposedly held in two Philippine banks probably never existed, and amid reports that its former chief operating officer, Jan Marsalek, had travelled to the country from Germany.

I never signed any document with Wirecard. They committed identity theft

Menardo Guevarra, secretary of justice, told the Financial Times that while immigration data showed Mr Marsalek arriving in Manila on June 23 and leaving for China from the central city of Cebu the following day, “CCTV footage does not show him arriving here and there is no record of any flight to China scheduled in the morning of June 24 from Cebu”.

He said personnel who entered information on Mr Marsalek’s alleged arrival and departure in the immigration database were being questioned.

The mystery of Mr Marsalek’s whereabouts is one of several facing regulators who will have to unpick a web of bizarre companies that seemingly generated millions of euros in income for Wirecard, but which appeared very different on the ground.

Attempting to visit some of these partners last year, the FT found a retired seaman and his extended family, who were dumbfounded at the idea that payments company Conepay had cited their home address in a town three hours north of Manila as its own business address on its website and company documents.

Christopher Bauer, a German former Wirecard Asia-Pacific executive, and his wife Belinda Bauer are among those under investigation by the AMLC, Mr Racela said. The couple — who had been identified in the FT investigation — owned PayEasy as of 2017, according to public filings, and have represented Centurion in interactions with Wirecard.

The Bauers and ConePay did not respond to requests for comment.

“We are willing to talk to all parties involved to clean up this mess,” Benjamin Diokno, the governor of the Bangko Sentral ng Pilipinas, the country’s central bank, said in an interview.

Under instruction from Mr Guevarra, the anti-fraud division of the country’s National Bureau of Investigation is examining how BDO Unibank and the Bank of the Philippine Islands, the two lenders that purportedly held the missing money, became ensnared in the scandal.

Having said that the money never entered the country, Mr Diokno told the FT that the €1.9bn was equivalent to 5 per cent of the Philippines’ foreign currency deposits and it would have been unable to come onshore without triggering action by the AMLC, which receives alerts for all transactions exceeding $10,000.

“The Philippines is a dollar-centric economy, so euros are unusual coming in at that level,” Mr Diokno said.

Mr Guevarra added the probe by the anti-fraud division would “invite the Filipino trustee of Wirecard to shed light on his involvement, if any” in Wirecard’s business.

Account balances for the €1.9bn supposedly held at the two Philippine lenders show the law firm of Mark Kristopher Tolentino, a Philippine lawyer and former government official, holding the money on Wirecard’s behalf, according to documents seen by the FT.

A supporter of Philippine president Rodrigo Duterte who has appeared in photographs alongside the populist leader making the latter’s trademark clenched-fist salute, Mr Tolentino’s corporate website describes him as a “young, dynamic and aggressive” litigator and a “media personality.”

He denied wrongdoing and said he had been framed. “I am not the trustee of Wirecard,” Mr Tolentino told the FT. “I never signed any document with Wirecard. They committed identity theft.”

New Survey: How Do Top Real Estate Executives Expect Retail To Perform In 2021?
Future Bleak for Private Stablecoins, SFB Economist Says
Los Angeles sells $1.76B of notes as cash-laden buyers grab new muni deals
5 ways to beat the stock market — from a fund manager who’s done this for years
Banks in Hong Kong audit clients for exposure to US sanctions